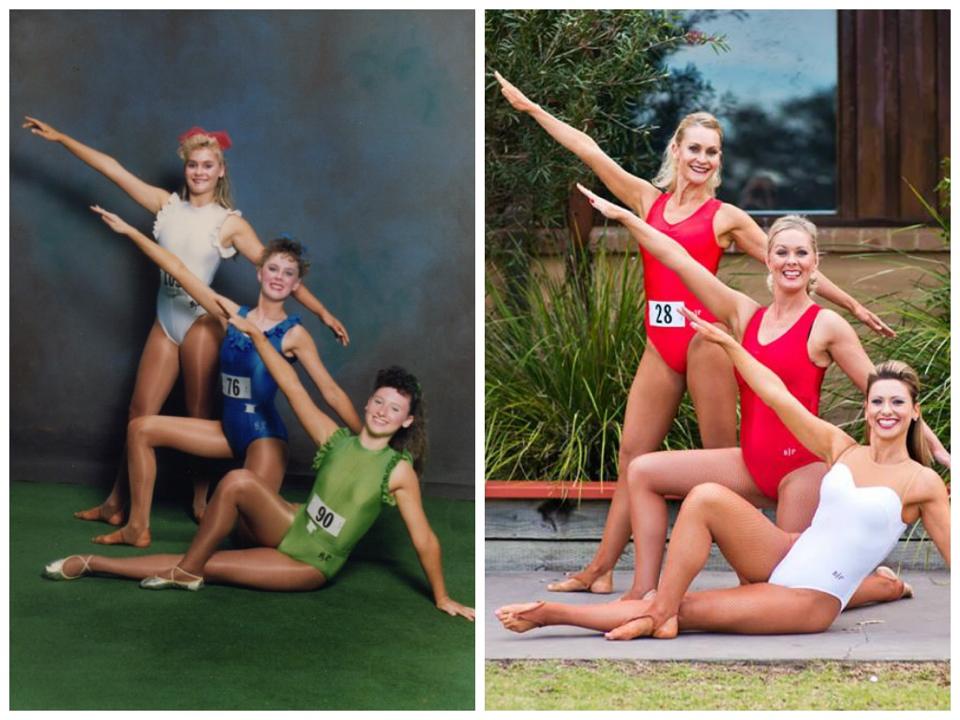 At a recent Penrith Interclub competition three physie friends found themselves together again after quite a few years.  Back in 1989, Kylie, Simone and Kristy represented clubs from the Central Coast at Homebush as 15 year olds.  They’ve kept in touch ever since and, when they discovered they were all competing at the same interclub, re-created the original photo they had taken at Homebush and then proceeded to spend the day catching up on the last 24 years!  We think they look just as fabulous now as they did at 15!! 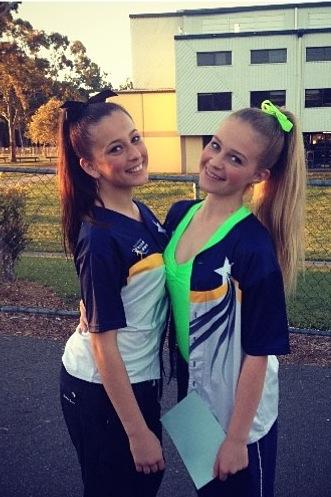 Physie friends tend to remain your friends for a long, long time.  Here’s a photo of Danielle with her physie friend of 11 years – may they be friends for decades to come.