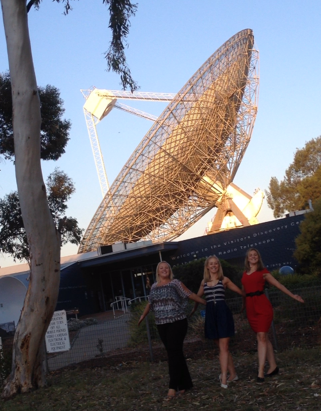 Parkes is 357km west of Sydney and was made famous by the movie “The Dish” (about the role that Parkes played in putting man on the moon).

No less famous is the Parkes physie club, run by Diane and Amy, which has been around for 32 years and has 60 happy members.

Parkes is also the home of the Central Western Zone annual team and champion girl competitions,  which includes clubs from Bathurst, Condobolin, Dubbo, Forbes, Mudgee, Orange and of course… Parkes.

By the way, if you want to drive to Condobolin from Sydney, you will need to pack a lunch – it’s a 6 hour drive.  And did you know that Condobolin physie club is sister club to Penrith?