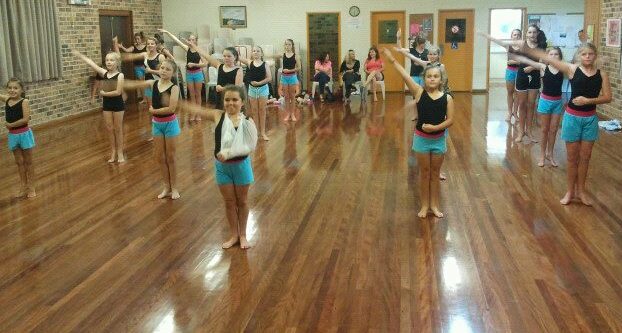 They say that “the family that plays together, stays together” and that goes for physie clubs too!  Club loyalty is one of the most special things about physie – it’s more than just turning up for class each week, it’s supporting your friends in the club and doing fun stuff together. 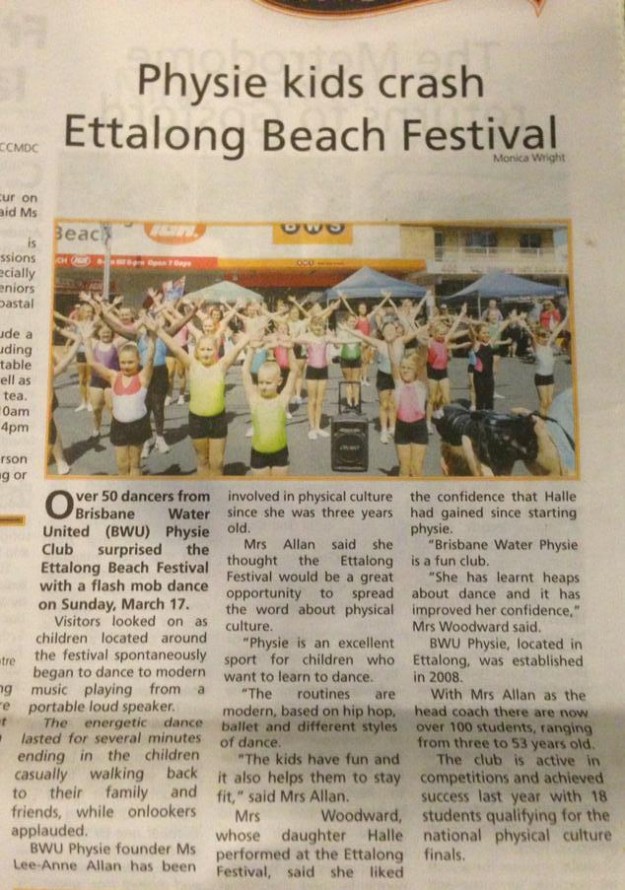 Here’s just some examples:  In Bonny Hills, one girl had a broken arm so the whole class did the work with one arm!  Now that’s support.  In Bayside, the physie gang had a picnic by the bay.  And in Brisbane Waters, the kids surprised the locals with a flash mob of physie dancing.

When I was a child, the thing I remember most is doing physie on a moving float down the main street of Grafton at the Jacaranda Festival!  Our club went up from Sydney to support the brand new physie club that had opened in Grafton – that’s about 35 years ago and I remember it like yesterday!  It’s these experiences where the club gets together and does something ‘outside the box’ that are so memorable and so much fun.

What’s your club been doing?  Send us your story… 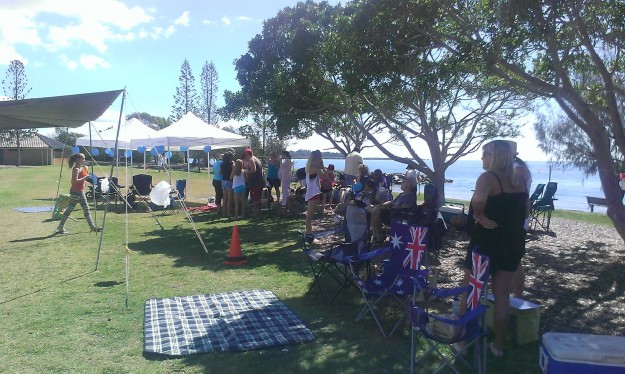