An impulse is a movement of the body and arms that is incorporated into the syllabus for 13 years, seniors and ladies. It is fluid movement that involves lowering the head then rolling the body backwards to bend back, before rolling the body up again to upright. It can be used as a transition or a feature movement taking several counts.

An impulse is not judged on how far the body is bent back but on how the impulse is executed.

Important aspects of an Impulse:

• The head drops forward at the start of an impulse
• Knees remain straight during an impulse at astride or, if feet are together, knees unlock gently then straighten.
• An impulse is a fluid movement – not a stop-start movement
• The use of the hands should compliment the body movement not dominate it
• When impulsing arms down front they should extend forward through reach and stay parallel to each other
• Feet should remain still and turned out while the impulse is completed
• An impulse should compliment the music and be executed to the feel of the music. 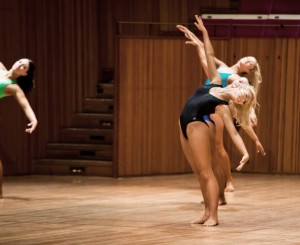