In the Opening Ceremony the majority of the Physie girls and ladies danced alongside Mau Power, Christine Anu and the didgeridoo orchestra. The choreography depicted the Aboriginal legend of the Seven Sisters which is the story behind the Pleiades constellation.
The physie girls could also be seen dancing in the finale and beside Ricki-Lee in the beach scene.
We hope that you tuned in on Wednesday night to see them.

The Opening Ceremony was truly a spectacular event and the Physie girls involved really did BjP proud. 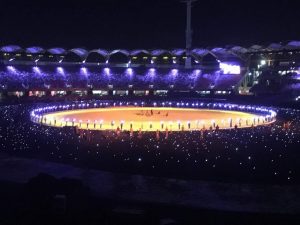 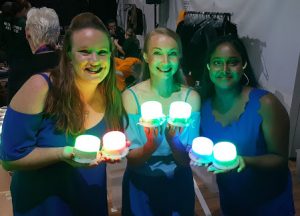