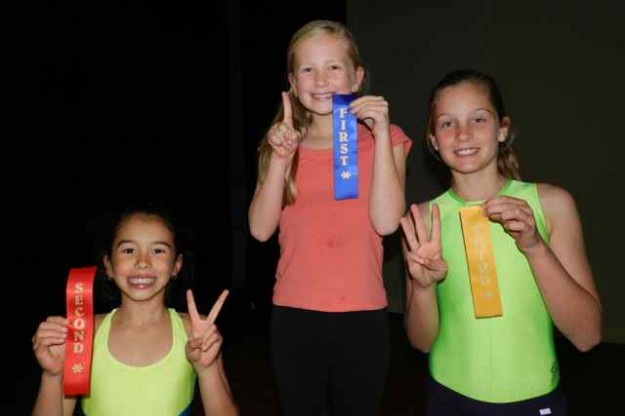 Girls at the Burleigh Waters physie club got into the spirit of the Olympics recently by holding their very own “Physie Olympics”. It went for two weeks, finishing with a Closing Ceremony where the girls put on a big display for all their families.

During the two weeks the juniors were “Physie Olympians” and had a fantastic time putting on displays and competing in Physie Olympic events.  The 9-12 year students participated in the 5-8 classes as “coaches & trainers” (pretty cute!) and with mixing up the age groups, lots of new friendships were formed.

The Club Spirit was just fantastic, with mums cooking foods from “Around the World” for dinners, making celebration cakes and jellies, and even lighting the club’s very own Olympic Torch that burned brightly for two weeks.  In the true spirit of the friendly competition, everyone was a winner!