People often say “I can’t go back to Physie, I’ve been away too long.”  Here’s a story that blows that idea out of the water.  Jenny Horder had a break for five decades! And she’s back with her Physie family like it was yesterday. Here’s her story…

“My first encounter with Physie was in the 1960’s.  There were many BJP clubs across Sydney and regional NSW and one held classes in a church hall only a ten-minute walk from my home in Rockdale. I was a late starter at Physie, being a teenager at the time. My mother felt the Physie would improve my posture and a neighbour, who was a Physie champion, encouraged me to get involved. The club had a welcoming group of girls, involved parents and a very competent teacher and pianist, all contributing to a very enjoyable Saturday afternoon activity.

It was challenging for me, but fun. For over three years, the combination of physical activity, rhythm, co-ordination, self -discipline and testing of sequential memory provided a stimulating environment and I enjoyed the collaboration and the support of others. 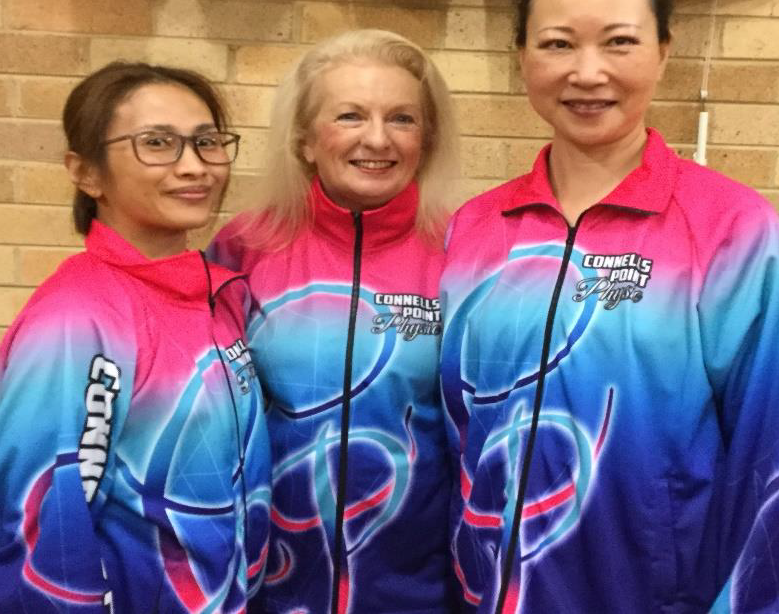 Over the next 50 years Physie was put on the back burner due to studies, work and family commitments. Having sons and not daughters was probably another factor in my lack of involvement despite Physie’s well-remembered appeal. When retirement arrived on my doorstep, I finally had the freedom to choose and the time to devote. I discovered that there was a BJP club at Connells Point, again just ten minutes from my home. The importance of exercise for good health is widely recognised, especially in a supportive environment, and so I added Physie to my regular list of activities. And I found the same welcoming experience and camaraderie as I did all those years ago.

I’m impressed by the capability of the BJP Physie organisation to adapt to new ways of doing things and keep up with the times.  The option of participating in individual and team competitions enables participants to extend themselves and their capabilities. It’s clear that Physie continues to attract girls and ladies with an exciting new curriculum each year and events that will provide new interest and engagement well into the future… a future I’ll enjoy being a part of.”