“BJP Physie….. Empowering Girls for Life!” Lovely words, but what exactly do they mean?

They mean that every week, all around the country, girls are gaining life skills and confidence by participating in physie classes.  Learning physie and performing gives girls (and women!) a real sense of achievement.  You can’t buy self-esteem, you can only gain it through actually achieving something – whether that’s mastering a routine, performing for an audience, competing in a team or one of the other myriad of life experiences that girls have in their physie life.

Demonstrating for the teacher

Here’s some wonderful examples of how physie empowers girls – this was sent to us by one of our teachers Lyn, on NSW’s north coast. She says…

“What do the words Empowering Girls for Life mean?

They mean the little 6 year old who came into class all smiles and excited for her first Physie lesson, only to freeze when she was expected to join the other girls on the floor. She would stand, chin down, shoulders hunched and not participate…. but after a few weeks of encouragement she was Empowered with the self-confidence to get involved and participate in the class!

They mean the 8 year old whose mum told me how happy she was that her shy daughter was loving Physie classes. For the first time her daughter was Empowered with a passion for something and, instead of hiding in the back and hoping she would not be noticed, her daughter was racing to be in the front of the class and wanting to do more and more.

They mean the shy little toddler who clung to her mum’s leg at her first preschooler class and was Empowered with courage to leave mums side and join in with her second class.

They mean the two boisterous young girls who came rushing into class then ran around screaming before the class started. They have struggled with the concept of being still and quiet during class… but they have been Empowered with the self-discipline to stand quietly, to concentrate and to do their very best.

They mean the two 11 year olds who gave up Physie a couple of years ago because their friends didn’t think Physie was “cool”. This year they were Empowered with the strength to stand up to the bullies and return to the sport they love… because it IS cool and they love it. 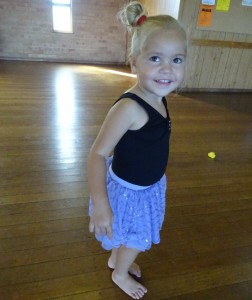 So how does the empowerment for life bit work?

These young girls will be able to stand up in front of their class and speak, thanks to Physie.

They will be able to get on stage in a school production, thanks to Physie.

They will be able to walk into a job interview standing tall and confident, thanks to Physie.

There will be some beautiful brides walking down the aisle with perfect posture and a beautiful air of confidence, thanks to Physie.

And more mature women will be able to face the curve balls that life might through at them by telling themselves “stand tall, chin up… I can handle this! Thanks to Physie!”

Thank You BJP Physie for empowering us!”

Thank you Lyn, for sharing that with us.

Working in a team