Wow! I still can’t believe we won the tickets to go to the Opera House I feel like the luckiest person ever! 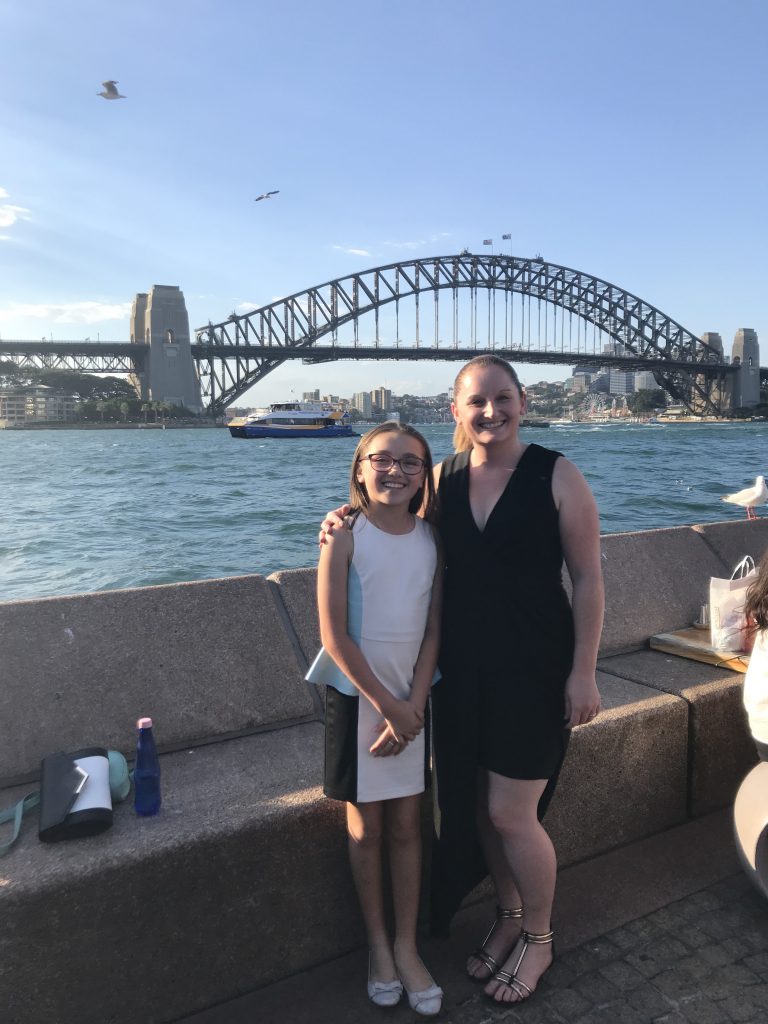 This was our first time watching the senior finals at the opera house and it was the best time I’ve ever had!! Mum and I got all dressed up and headed into the city with our friends Aliyah and Amanda who already had tickets.
Our night started with meeting my awesome Physie teacher Miss Alicia, she showed us around so we wouldn’t get lost later then we went to the box office to pick up our tickets. We had a nice dinner with our friends from Toongabbie Physie and took some photos.
After dinner it was time to get our backstage passes!! I was so excited. 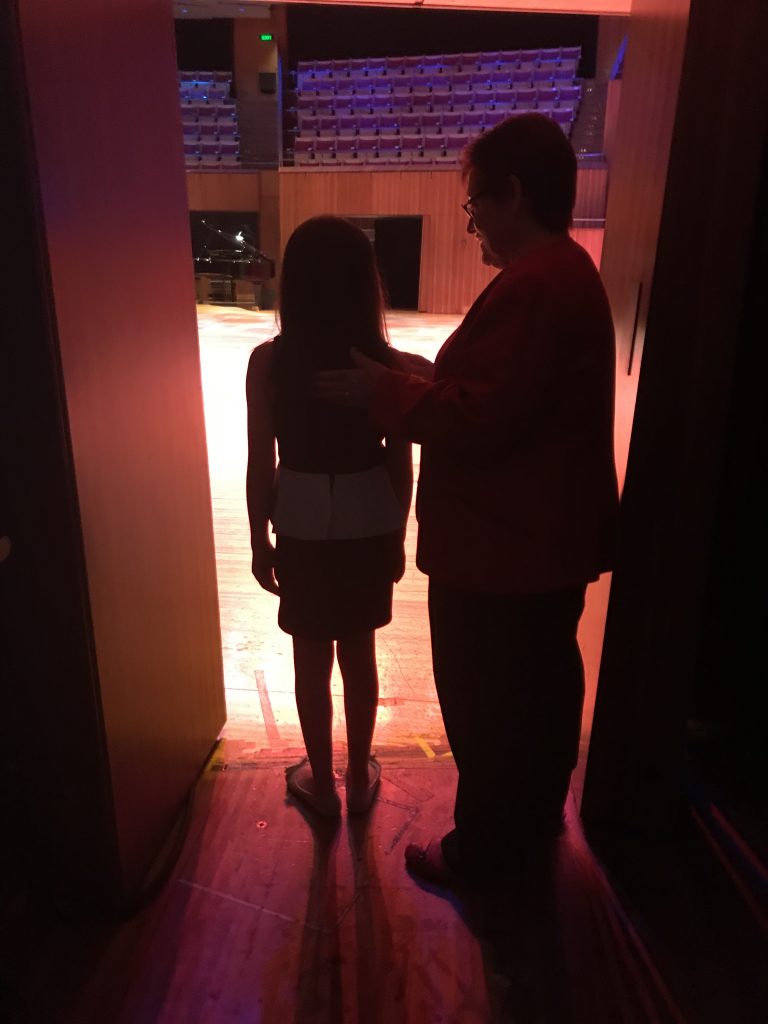 We headed backstage through the stage door where we had to show our passes to get in.
We walked through heaps of hallways and we went to the “green room” first where some of the judges and teachers were. We walked up and down different stairs and past lots of girls and ladies getting ready. Robyn showed us the “Red room” where the girls would get their photos taken after the performances and we went to a few change rooms to see some of the girls. 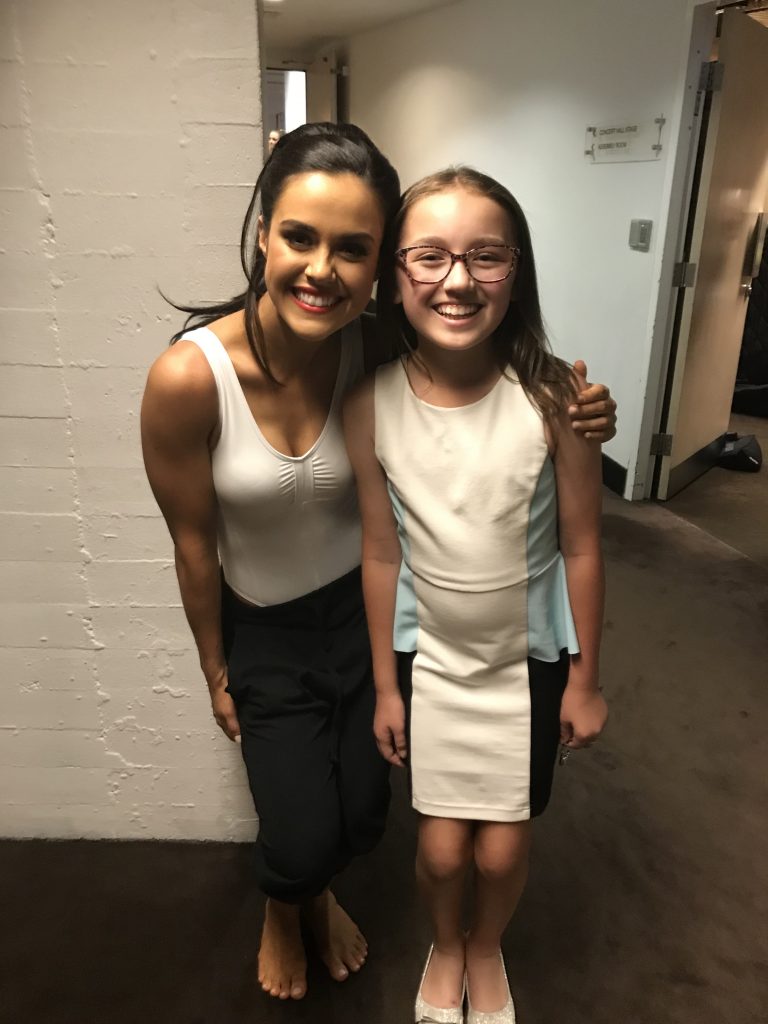 I was super excited to see my two teachers so we had some nice photos together and said good luck.
We got to meet Kristin,  the 2016 Grand Champion and had a photo with her too!!
We met the singers for the night, were shown how all the audio works and even bumped into Jackie from BJP. 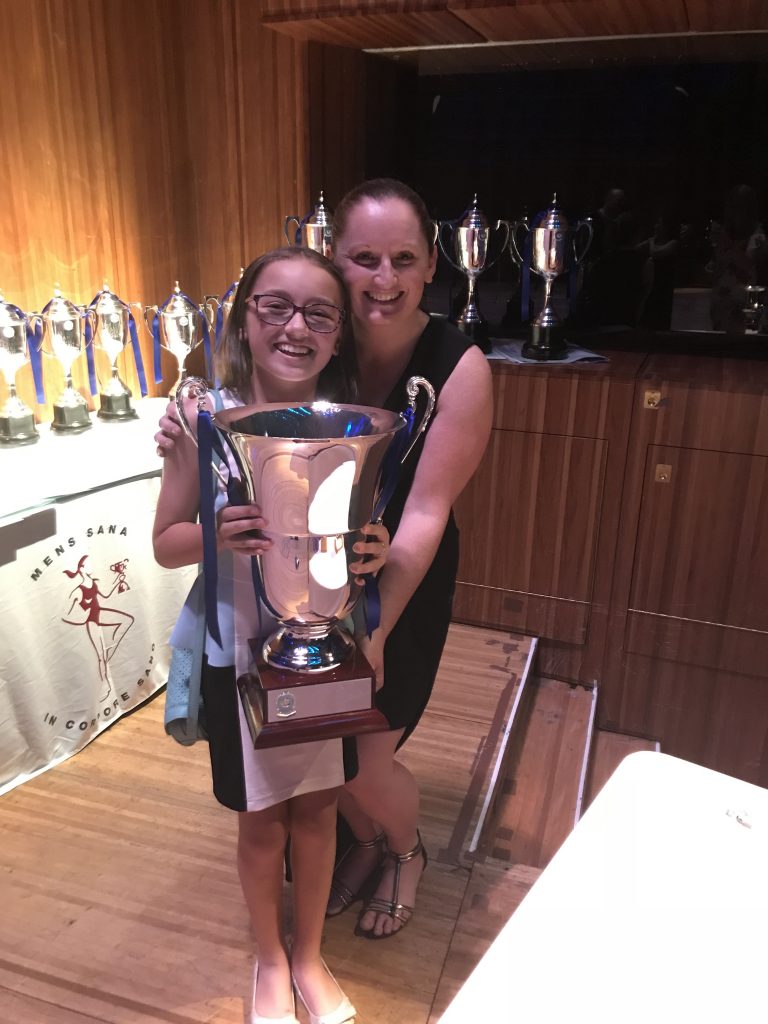 It was really cool going backstage but to top it off we went out onto the stage and I got to hold the Grand Champion trophy and march out onto the stage like I was competing!!
Time went really quickly so we headed back out to the main area so we could find our seats.
We couldn’t believe the awesome seats we had one row behind the judges!
The first girls on were the 15’s and I was excited to see one of the girls I met backstage on first.

At the end of their work they did this really cool ending which was an awesome surprise and all of the age groups did something different at the end of their work.
I couldn’t wait to watch my teachers compete, they are amazing and I hope I can be as amazing as them one day!!! They both got 4th Place in their age groups, I was so happy both Mum and I were crying!

The finale was so cool with all the different pink songs and dances!! I loved it!
All the girls were having their photos taken so we watched for a little while. 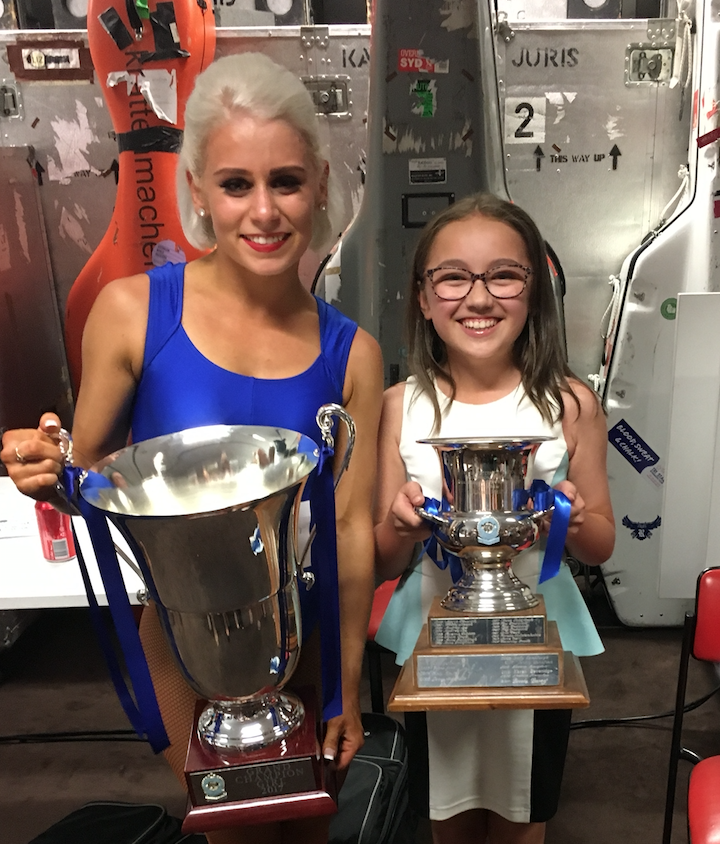 Then I met the grand champion Kamya! I had actually met her once before she came to visit at our club but I was super excited! Kamya told me to hold the big trophy but I got really nervous, I didn’t want to break it so I held the smaller one and we had a photo together. She was so nice!! Then I got to sit in the middle and have a photo with all of the champions of the night and another photo with my two teachers!! I felt so special!!
It really was the best night of my life I hope that one day I will make it to perform in the finals when I am a senior! I felt so inspired and so lucky to have had such an amazing time!!
Thanks to BJP for such a great opportunity it’s a night my Mum and I will never forget!
Alexia 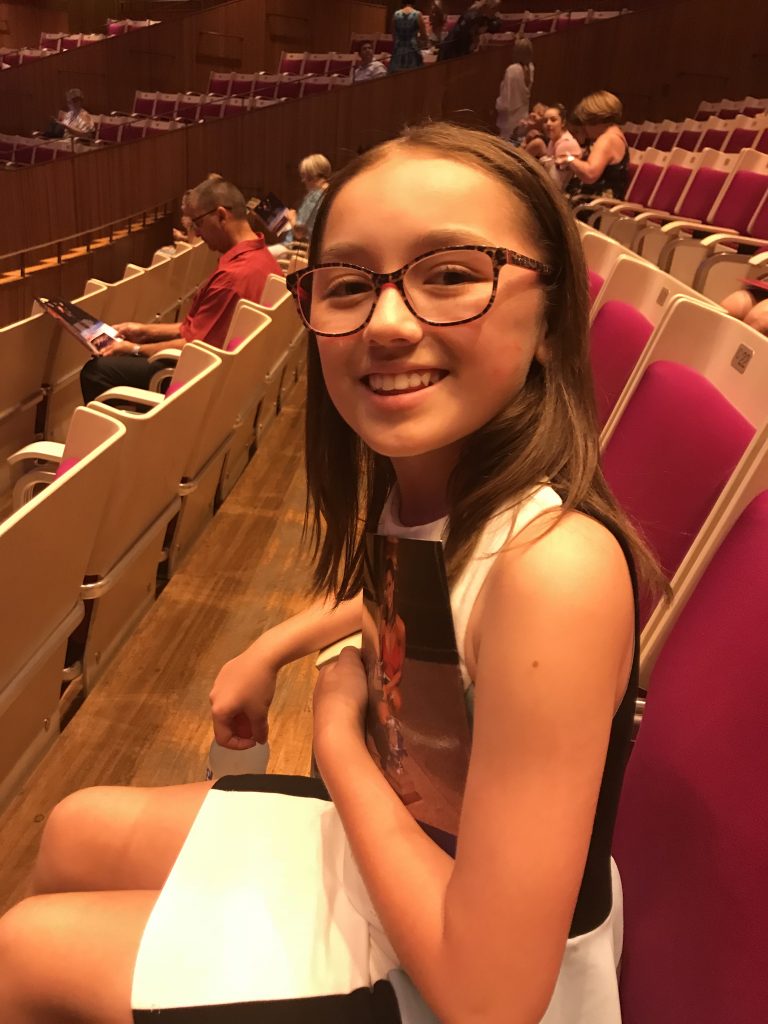 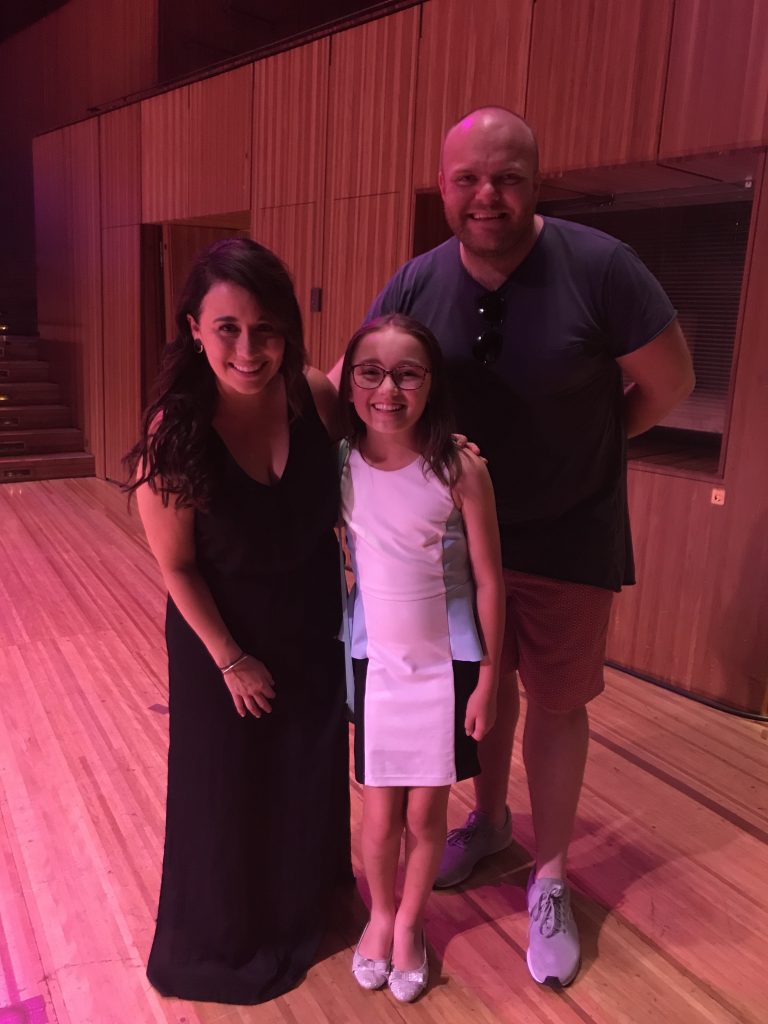 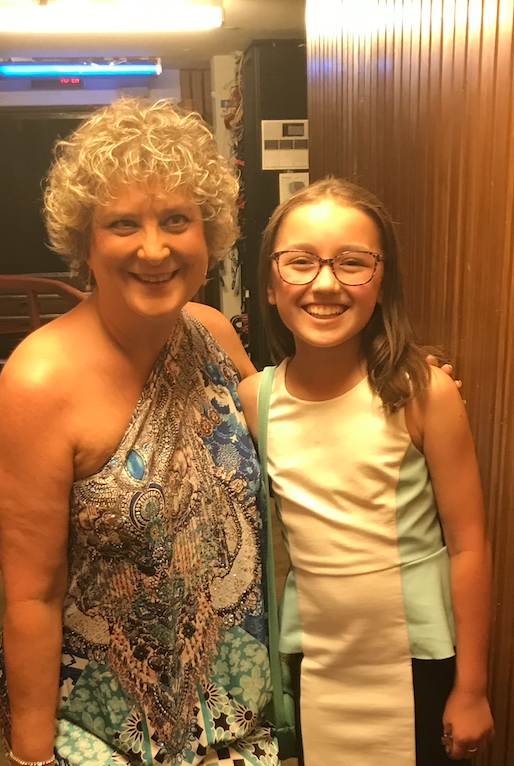 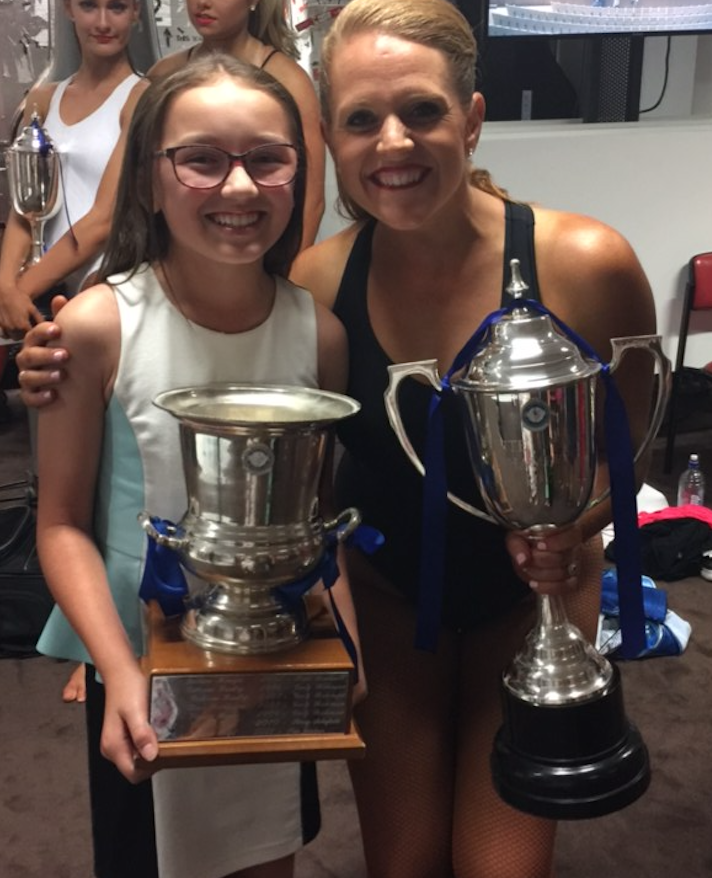 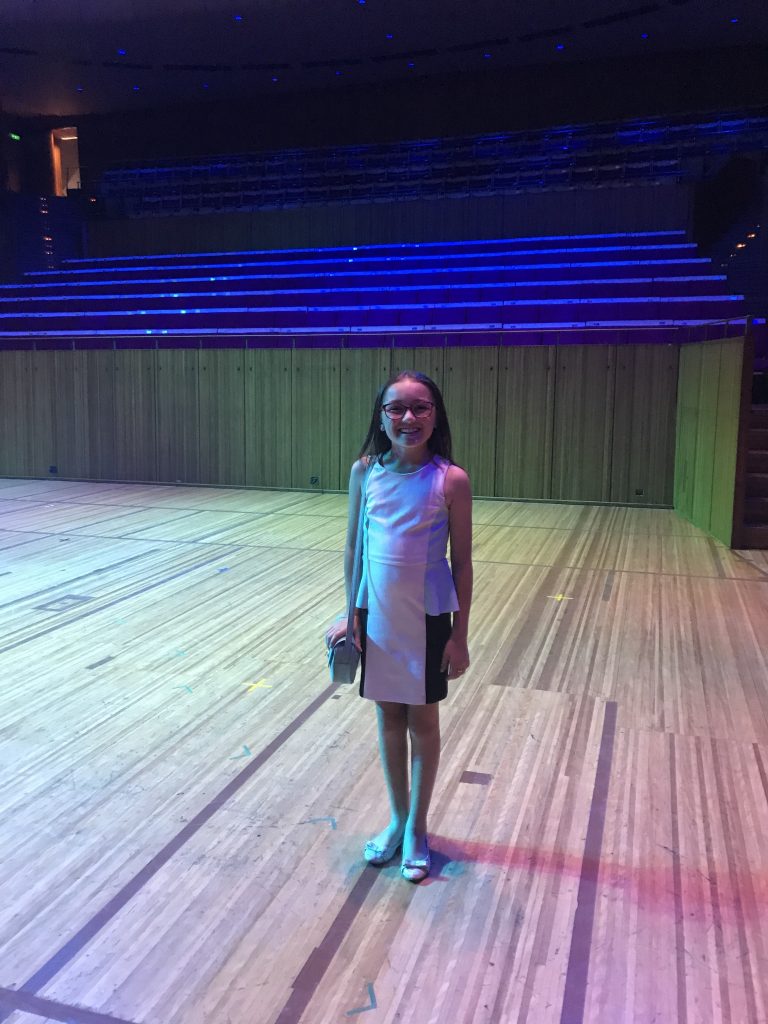 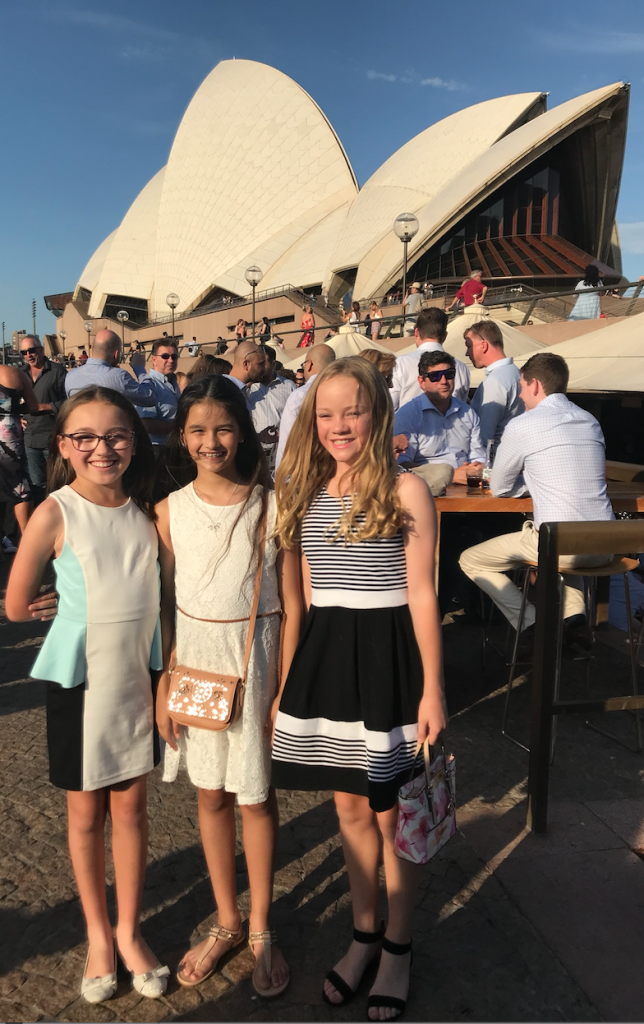 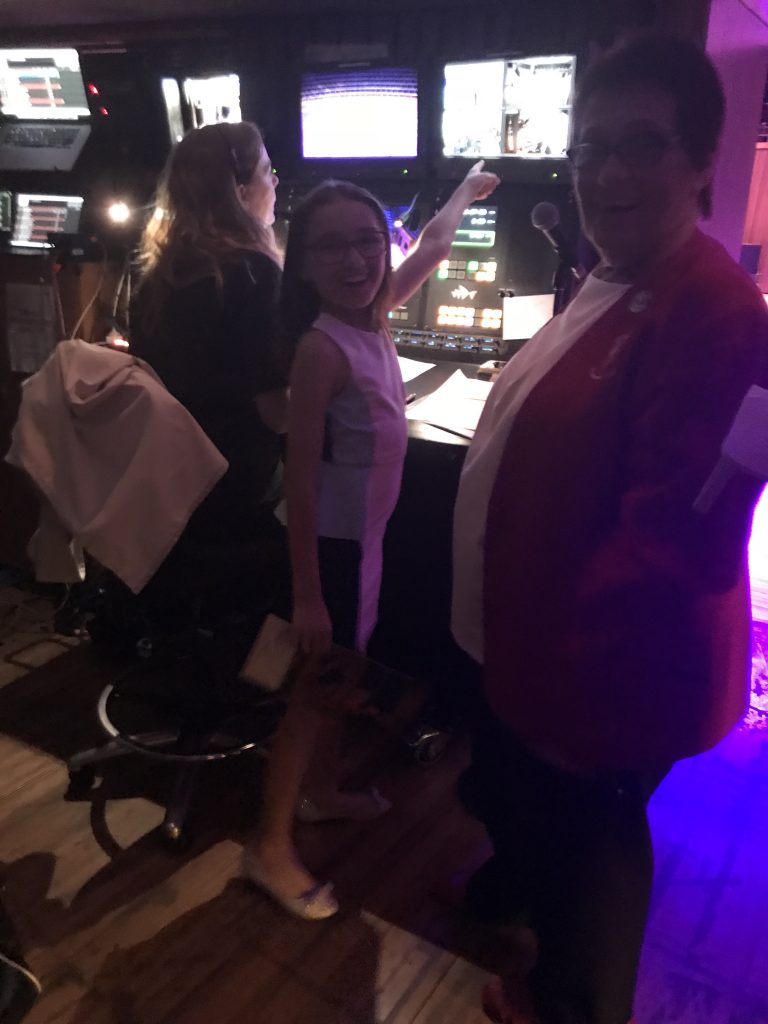 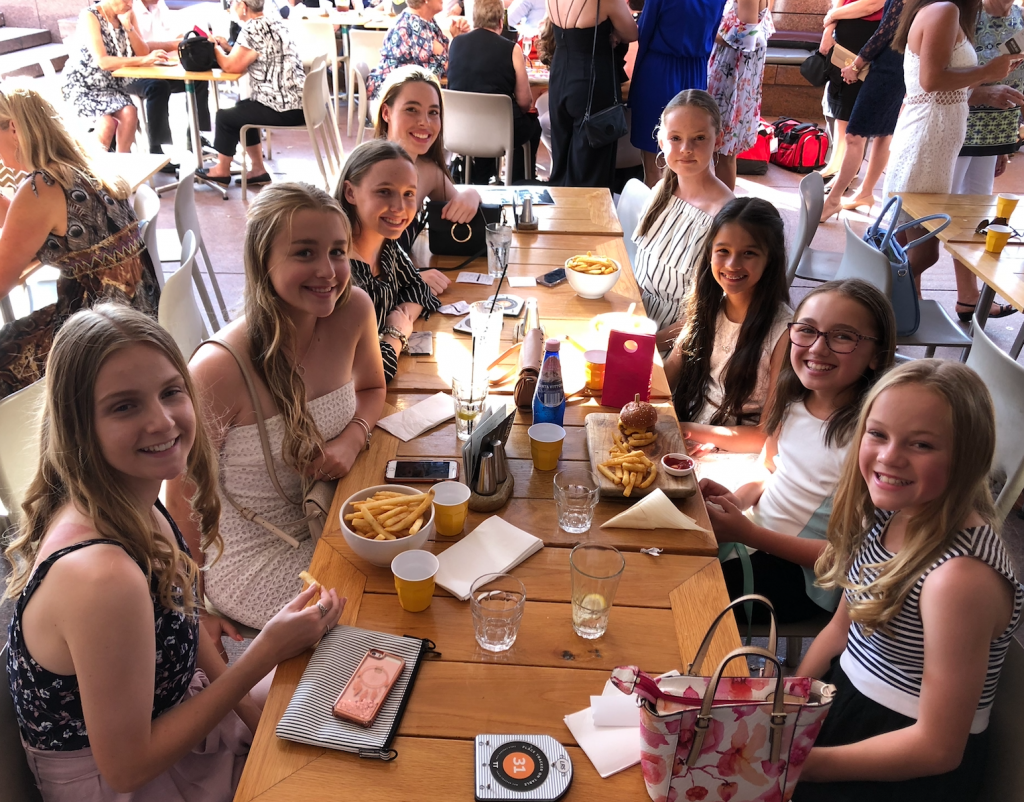