When Kristy had to move interstate for her job in the Navy she found that her physie family was bigger than she thought! 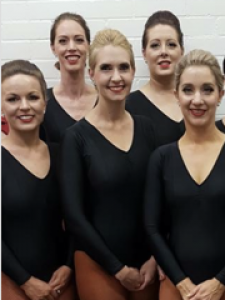 When Kristy enlisted in the Royal Australian Navy, she was posted to HMAS Harman in Canberra as a Writer. She started doing Physie at six years of age then, when her club didn’t offer a senior class, she tried other sports but deep down still missed Physie. So she plucked up the courage to give the Canberra Club a try and hasn’t looked back. She found them incredibly welcoming and her passion for Physie was been reignited. Her job in the Navy was at times personally challenging but, just like Physie, the lifelong friendships and camaraderie made for lots of fun times.

Luckily all her postings were in and around the Canberra area so was able to keep doing Physie there. On discharge she moved back home to Dubbo and is now teaching Physie, with three young daughters who, naturally, are following in mum’s footsteps.

Kristy says, “I love everything that Physie stands for. The fun and lifelong friendships that I have made. The fitness, strength and flexibility I’ve been able to maintain particularly since transferring to the reserves! I love that my daughters can now join me in a leotard and are as proud of me as I am of them. 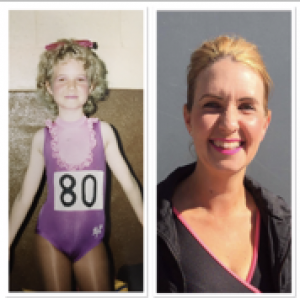 As a super-shy six year old Physie helped give me confidence. As a new Physie teacher, stepping out to teach my 5-8 year olds is both nerve-wracking and empowering and I’m absolutely loving teaching the life skills of self-esteem, positive body image, confidence and having fun dancing to the next generation.  My time in the Defence Force has given me values that I can bring to Physie: those special friendships and the values of looking out for each other, helping each other, pulling together, honesty, respect and integrity. I can see these values every week at Physie.” 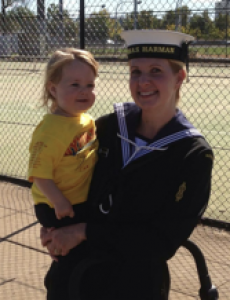 “Anzac Day is important to me as it is a day we can celebrate, stop and remember, reflect and rejoice for all those who have served and are currently serving in the Defence Force. The Vice President of our club, Grant Malouf, is also an ex serving Navy member who has just recently discharged after 16 years of service. We both look forward to leading the march along side my brother.  I may have only served a few short years myself but Anzac Day is a day when I can be super proud of my brother who is in his 16th year of service with the Navy. His strength, commitment and dedication is admirable. I’m also super proud of those serving men and woman I met during my service time. Their stories and sacrifices are commendable.”