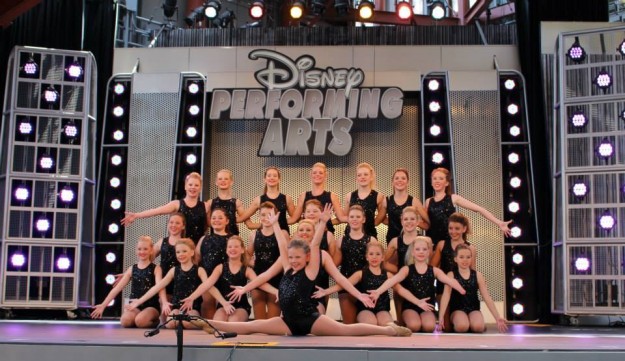 Last month 22 girls from the Woy Woy Rec physie club made the big trip to USA to perform on the stage at California Adventure Park and Disneyland.

The performers were aged between 7 and 30 and included 4 girls from the Brisbane Water United club as well. 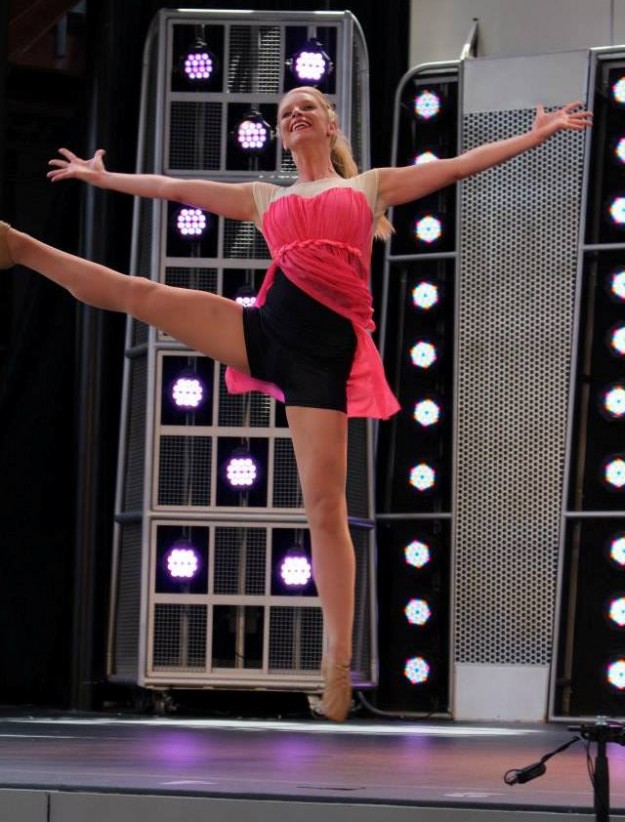 The girls auditioned over a year ago, then spent countless hours fundraising for the trip and just 12 weeks rehearsing their many routines.  It was a trip of a lifetime for all, who can’t wait to do it again. Congratulations girls – you’ve shown the Americans what fantastic dancers physie girls are and you’ve inspired physie girls all over Australia to follow in your footsteps! 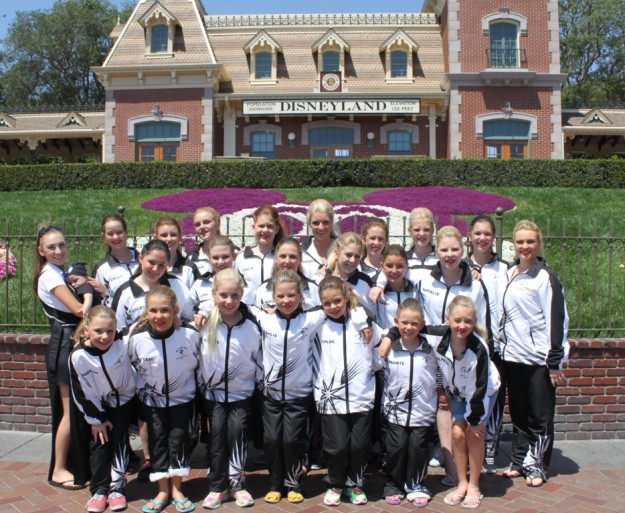 Click on read the full post for the full story, more photos and a link to the video.

Teacher Kristy says “We had to prepare a 27 minute show of continuous dancing so there was a lot to choreograph…  In the group routines the younger kids had to do the same routine as the older girls so in a way they were dancing beyond their age. But this has expanded their dancing skills and pushed them out of their comfort zone which has really helped their physie.

I was the oldest performer in the troupe and I was pretty proud of myself for keeping up with the young kids! But I was most proud of the youngest kids for learning so much and being so brave.

There was a huge mount of organisation with travelling overseas as a group, new choreography, liaising with people on the other side of the world and all the technical stuff with putting on a show, which I’d never done before. But afterwards I thought “if I can organise something that big then I can do anything”.  And everyone pitched in to help the kids achieve something amazing that they never dreamed they would be involved in.

I realised that the performance is not about perfection – it’s about telling a story thought dance and loving what you’re doing. The girls did that and they came off stage so excited.  People came up to us to say how great we were and even people who hadn’t seen the show said ‘I heard about how fantastic you physie girls were”!

The Disneyland Stage Manager said it was the biggest crowd she’d ever seen in front of that stage!  It was the Easter weekend and the whole place was full. The audience started clapping along, including Mickey Mouse who was dancing along in the audience and copying our moves.  It was an incredible atmosphere with everyone clapping for the entire encore. We were exhausted but we were pumped!  Would we recommend it? Absolutely!”