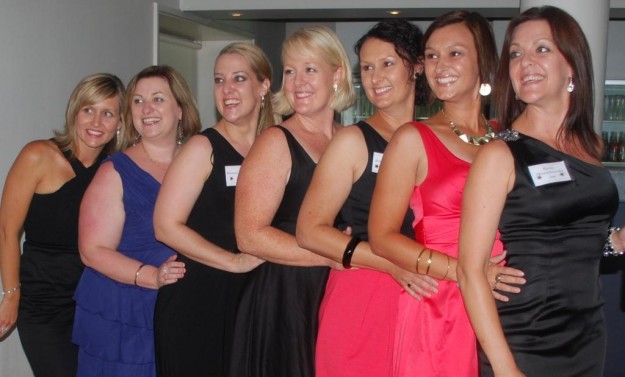 The Novocastrian physie community recently celebrated 50 years of BJP Physie in Newcastle at the Harbourview on Queens Wharf.  85 physie girls and teachers attended, both past and present, some who were there at the beginning in 1962 and some who had only just finished their first year of physie. 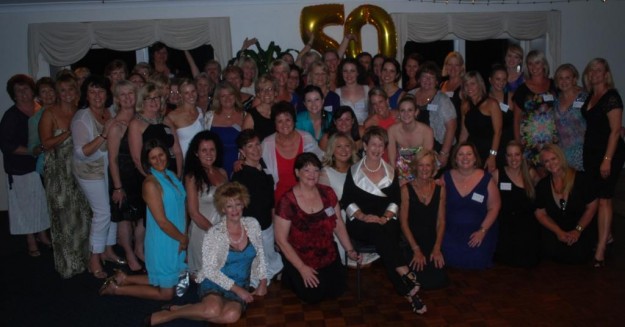 It was a fabulous night of informal mingling, catching up and laughing at old photos.  The most memorable speech was given by Val Connors who, as vibrant as ever, captivated the audience with her recollections of physie. 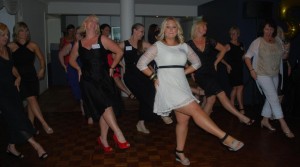 Val is responsible for starting physie in Newcastle, after moving here with her husband and young family 50 years ago.  She established 30 clubs from Newcastle down to the Central Coast.  When asked how she managed this amazing feat she said “I just used to go round knocking on the doors of the ministers’ houses and explain it all.  I just went where I thought they had a decent hall.  It is better talking face-to-face with somebody rather than writing them a letter.”  Generations of physie girls have much to thank Val for. 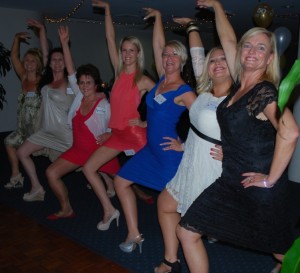 Val’s father learned boxing at Bjelke-Petersen’s in Sydneyin 1920 and later became a teacher for the organization.  She still has a copy of his teaching manual dated 1932.  Val began teaching folk dancing for BJP in 1948 while she was still at school. She wanted to go to teachers’ college but wasn’t allowed because she was left-handed!  But Val became a remarkable teacher nonetheless, teaching dance and physical culture for BJP for 59 years.  She worked under R. R. Turner, K. W. Allen, Bill and Bunny Turner and even once met “The Colonel” himself when he was an old man – Lieutenant Colonel Bjelke-Petersen, the founder of BJP (or at least she stood aside for him in a corridor at the office…). 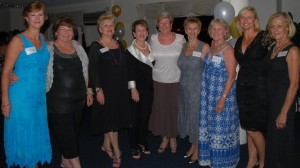 A commemorative cake was cut by Val and shared then the dancing began to a collection of physie songs through the ages. One thing is for sure, physie girls know how to party and there were a lot of calls for an annual event! 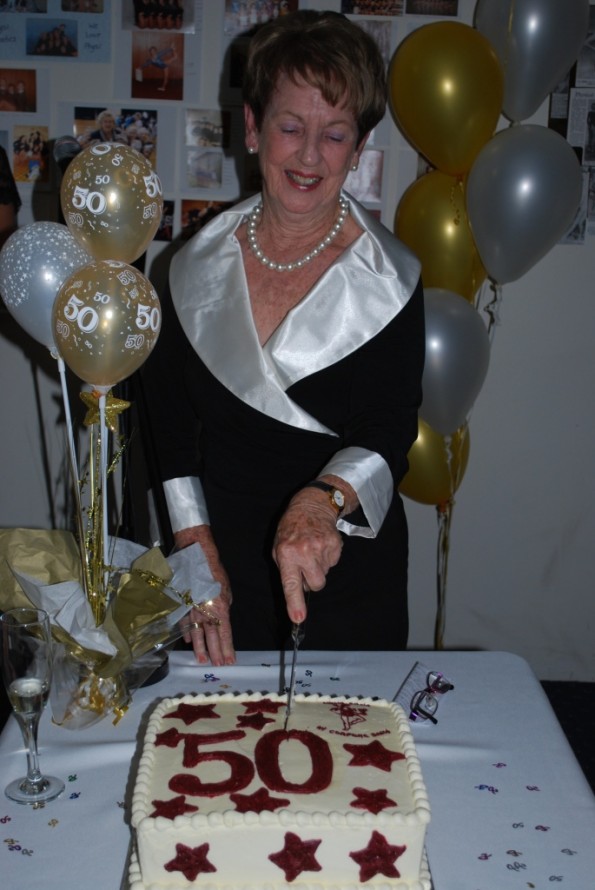 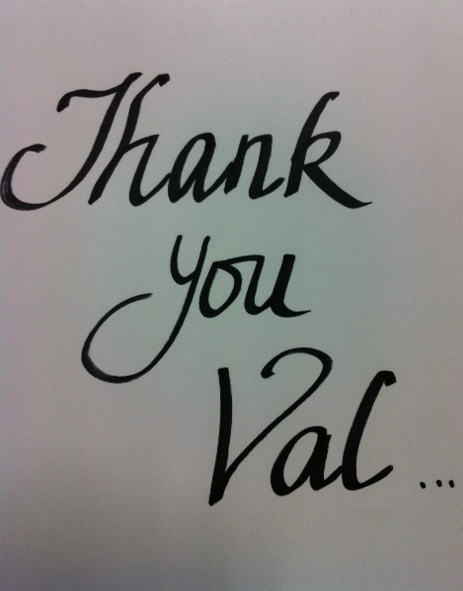