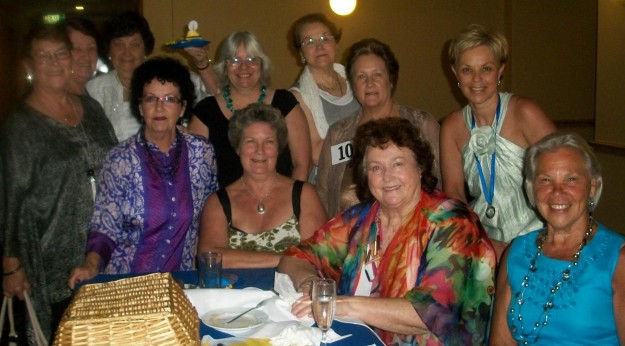 The Narwee physie club recently held their 60 Year Celebration with members past and present, as well as friends from the physie community joining in the party.

Narwee Uniting was first established in 1952, with Betty Hollibone as club secretary, a role she fulfilled for 53 years! Betty joined the club when her daughter Roslyn was 4 years old, then her second daughter Jacqueline joined not long after. Jacqueline’s three daughters also became Narwee members.

Over the years, Narwee has had members participate in Opening Ceremony of the Sydney Olympic Games, the Darling Harbour Christmas Pageant, the Sydney Royal Easter Show and Football Grand Final.

There have been four teachers throughout Narwee’s history and the current teacher Lynette Comrie has been in the role for 30 years.  She says “over the last 60 years Narwee has had its highs and lows like most club but Narwee never gives up! Through the hard times it’s nice to have the support of other clubs and teachers and I’d particularly like to thank Sefton and Mortdale for their support over the years.”

We wish Narwee all the best for the next 60 years…