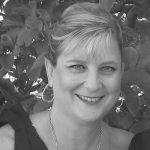 Jackie Rawlings started physie aged 2 at the back of the Associate class that her Mum taught.  A love of music and dance was instilled at an early age combined with a quest for self-improvement and a thirst for as many kinds of movement as possible. She began teaching at 15, choreographing in her 20’s and has been working at BJP for 15 years. Jackie loves engaging with BJP’s Associates in workshops, facilitating the exchange of knowledge and fostering personal growth. Her favourite moments are when she hears a teacher say that physie has empowered them or a parent thanks the organisation for giving their child confidence, self-belief and a sense of belonging. To be able to serve the physie community on a daily basis is an honour that Jackie values above all others.