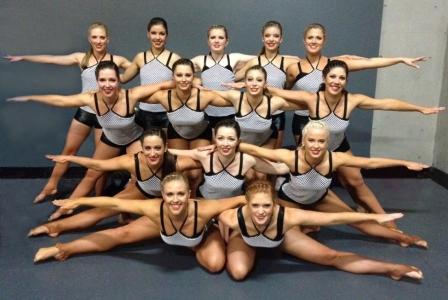 Recently 14 physie girls from the Figtree Physical Culture Club auditioned for the producers of Everybody Dance Now, the newest TV dance show, which starts airing on Network TEN on August 12, and they got in! 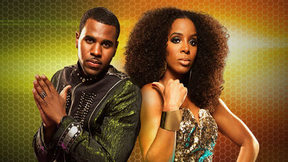 Only 88 acts were accepted from around 4000 acts that auditioned.  It’s an incredible feat just to get through the audition process, as there’s some outstanding dance talent out there, and it truly shows that physie girls CAN DANCE!  So… It’s time to get behind the BJP physie girls and support them in their quest to make the semi-finals on EVERYBODY DANCE NOW.  Visit their facebook page and follow their progress.

The show will start with 11 episodes in heats of 8, with one act progressing to the semi-finals each week.  The acts are divided into 2 teams: Team Jason and Team Kelly, with the teams being trained and mentored by Jason Derulo and Kelly Rowland – and the BJP physie girls are in Team Jason. The show is hosted by Sarah Murdoch, from Australia’s Next Top Model.

The girls have been filming all weekend, over 3 days, with grueling 12 hour days but they’re still smiling at the end of the day.  The response to the physie girls so far has been wonderful – everyone loves their happy, bubbly personalities and their can-do, “teamwork-makes-the-dream-work” attitude.  Needless to say other dancers are in awe of the physie girls’ ability to dance in sync and they’ve also had great comments from the Artistic Director, Jason Gilkison.

The aim of the show is to find Australia’s most entertaining dance act and there is an surprisingly vast array of dance styles to be showcased including hip hop, ballet, contemporary, jazz, acro, Brazillian, contemporary, jazz, ballroom, indigenous, bollywood, shuffle, skiprope, lyrical, circus and much much, more.  All ages are involved and there’s everything from solos to large groups.

Whatever happens, the physie girls are just excited to be a part of it all and to have the opportunity to work with Jason Derulo and Jason Gilkinson.   It’s bound to be an incredible experience for them. What’s more, it’s a positive boost to physie girls everywhere that what we do is now considered to be a legitimate form of dance and an entertaining one at that.  Go Team Jason and GO THE BJP PHYSIE GIRLS!